Our client is one of the world’s leading data providers. This company offers a complex cloud-born solution with up-to-date financial data from a variety of sources, including thousands of proprietary prices. This information is used for benchmarking physical and financial contracts.

When the client reached out to us, they had a network of websites delivering financial information to users. Each website had its own UX/UI, although the data was similar and often needed to be displayed in bulk. Moreover, the underlying technology each project was based on was different, which greatly affected the maintenance costs.

We decided to totally transform the user experience by replacing that variety of websites with a single platform combining all data together.

Since we had to design a new platform from scratch, it was extremely important to choose the right technology for both back end services and front end application.

We picked Microsoft Azure Cloud as a foundation for the backend services, as the company preferred to use MS stack and tools; this included not only Azure, but also .NET.

The core technologies we decided to base the platform being developed on were:

As a part of the project, we created multiple microservices, each with its own area of responsibility.

We used Azure SQL and Redis cache to store pricing data and REST API to deliver it to the client.

For news data, we enabled another REST API, which gets the data from the internal services associated with the internal CMS.

The client-facing application has been implemented as a web application using Angular as a foundation.

We designed the platform as a dashboard where a user can arrange their own workspace by creating, moving, and resizing widgets. Each widget represents the data in a different form, such as tables view, charts, reports, news content, etc. 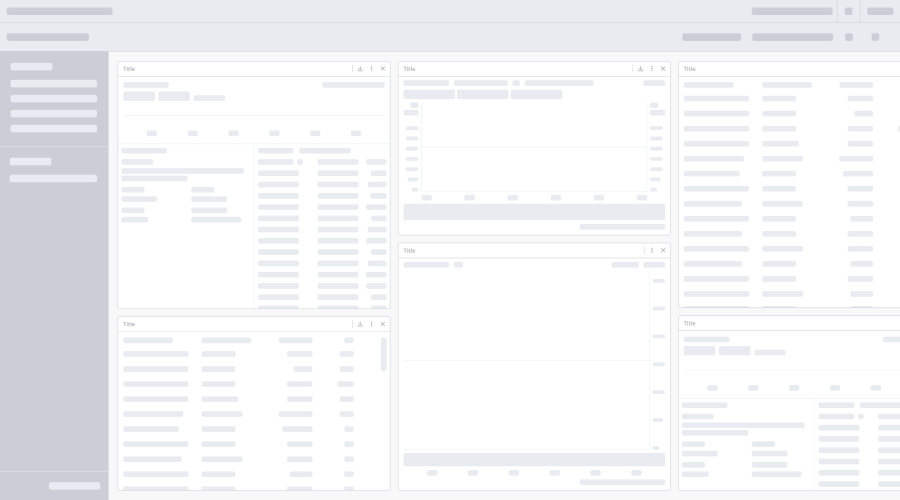 In addition to the web version, we also implemented a desktop application using Electron with some additional features for better desktop experience.

We developed a best-in-class solution that represents pricing and news data in a convenient and flexible way. Our client reduced the maintenance costs and was able to get rid of multiple legacy websites.